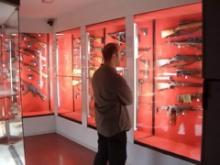 The Battle of the Ardennes Museum is a small, family owned museum in La Roche en Ardennes.  It has an interesting collection of memorabilia from the war. If you find yourself in La Roche, it is worth a visit. 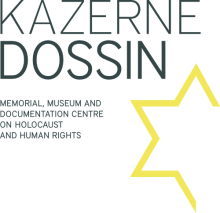 Kazerne Dossin was a former Belgian military barracks that the Nazis used as a concentration point for Jews before sending them to the death camps in Eastern Europe. It tells the story of what happened to the Jewish citizens of Belgium in WWII, and holocaust.

The Remember Museum 39-45 museum is owned and run by Marcel and Mathilde Schmetz as their tribute to the Americans who liberated them. Dozens of American veterans have donated items to the museum, and Marcel and Mathilde keep their memory alive. It is located at les Bèolies 4, 4890 Thimister-Clermont, not far from the Henri-Chapelle American Cemetery.  The museum's opening hours are limited, so check their website for more information.

The Museum de la Battaille de La Salm is a small museum near Vielsham that is dedicated to the fighting in the area of the river Salm during the Battle of the Bulge.

Located on the Belgian coast just outside of Oostende, Atlantikwall Museum is a preserved section of the Nazi fortifications that ran along the coast of Belgium and France to defend against the invasion that eventually came at Normandy on D-Day.

A small private museum with its own collection of found and acquired civil and military gear including American appliances and utensils as well as German military and propaganda material objects, badges, weapons, photographs and maps. Built by Frederic Winkin in 2007 is located at 54, rue des Ardennes, 4920 Aywaille, Belgium. The museum is open by appointment and on Sunday afternoon from 14:00 to 18:00

Located in Bütgenbach, the Belgian Army runs the Truschbaum Museum, and it is located on a Belgian army base. It tells the story of Camp Elsenborn. One part of this story is the struggle for the Elsenborn ridge during the Battle of the Bulge in which the "battle babies of the 99th US Infantry Division distinguished themselves.