100th Anniversary of America's Entry Into World War I 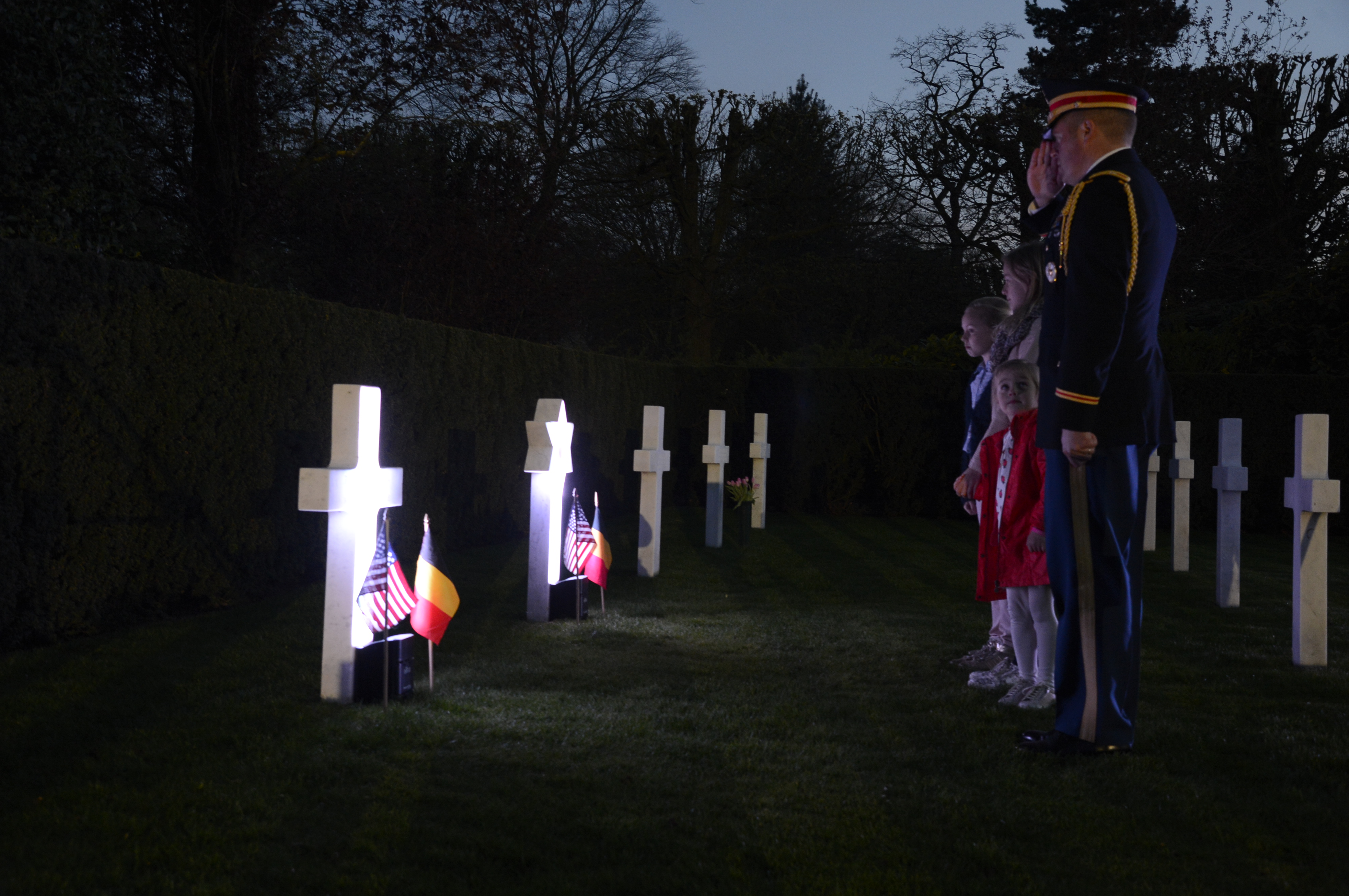 April 6, 2017 (Waregem, Belgium). To mark the Centenary of the United States’ entry into the First World War, a moving sunset ceremony was held at the Flanders Field American Cemetery in Waregem. Organized by the United States Embassy to the Kingdom of Belgium in cooperation with the staff of the Flanders Field Cemetery, the event featured readings of poetry, tributes and personal letters written by some of the soldiers buried at the cemetery. Though written a century ago, the thoughts expressed have not lost their relevance, a point embodied in the floral tributes offered by cross-generational pairs of senior dignitaries and local youth to six of America’s fallen.

The commemorative event was highly interactive, with speakers reading tributes aloud in front of the cemetery’s monument. As the sun began to set on the chilly April evening, assembled guests and local residents of all ages were encouraged to gather around in a highly informal setting. A unique and highly impactful lights display illuminated the grave marker of each of the six servicemen as his individual story was read aloud. Under the dark the night skies, the graves of 368 American servicemen quietly spoke to all who attended as a powerful reminder of the sacrifice made and a calling to each of us to never forget. The ceremony followed the official opening of the new Visitors Center at the Flanders Field American Cemetery (see related story). 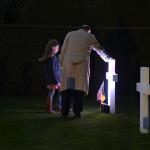 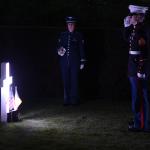 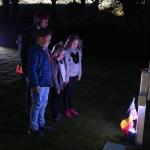 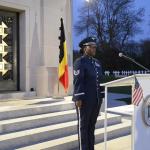 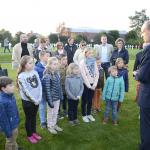 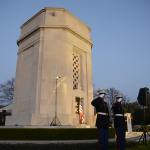 Other: A Tradition of Poetry: In Flanders Fields

Watch the Ceremony
Have a story to share?
Back to top