A Brief History of AOMDA Belgium

From these humble origins, the nature and scope of AOMDA Belgium evolved over the decades. Following World War II, AOMDA Belgium began holding Memorial Day ceremonies at the Ardennes and Henri-Chapelle American Cemeteries, in addition to the ceremony at Flanders Field. AOMDA Belgium’s mission expanded to honoring and preserving the graves of the Americans buried in isolated graves outside of those cemeteries. We began engaging in youth outreach programs to pass the torch of remembrance to the next generation. Our latest evolution was the launch of the Sentinels of Memory in 2017.

Just as the mission of AOMDA evolved, so, too, did its organization. Already at the first ceremony held at Flanders Field, Belgians began taking an active role in AOMDA. The United States Embassy to the Kingdom of Belgium has participated in AOMDA Belgium from the very beginning. We have consistently enjoyed strong support in all of the local communities in which the three American cemeteries and the isolated graves are located. The Armed Forces of the United States of America and the Kingdom of Belgium both participate in the ceremonies and provide invaluable assistance in achieving our mission.

Today, AOMDA Belgium is a private-public partnership whose driving force is the AOMDA Foundation.

Over the last ninety years, the AOMDA Foundation’s mission and activities have become so deeply rooted in Belgium that the government of Flanders officially recognized Memorial Day as part of the immaterial cultural heritage of Belgium.  We serve America.  We serve Belgium.  We serve to preserve the transatlantic alliance that safeguards our freedom today.

(Please note that neither AOMDA Belgium, nor the AOMDA Foundation are associated with AOMDA in France.  Although we share a similar name, the two organizations have very different origins, institutional structures, and activities.) 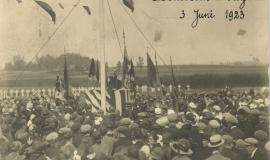 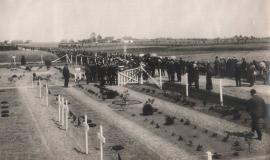 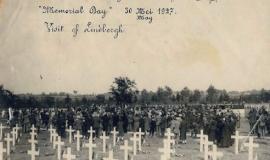 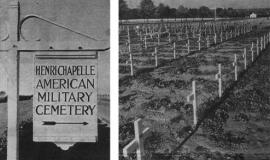 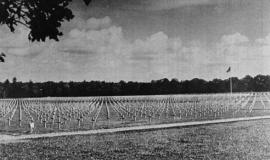 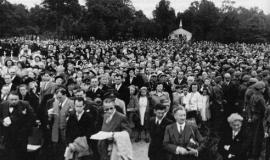 Use this form to send a message.

Meet the key people who support our mission.

Serve as a Sentinel of Memory

Learn how you can honor the memory of a specific serviceman.

Register to upload information about an individual serviceman or to leave a personal or group tribute.