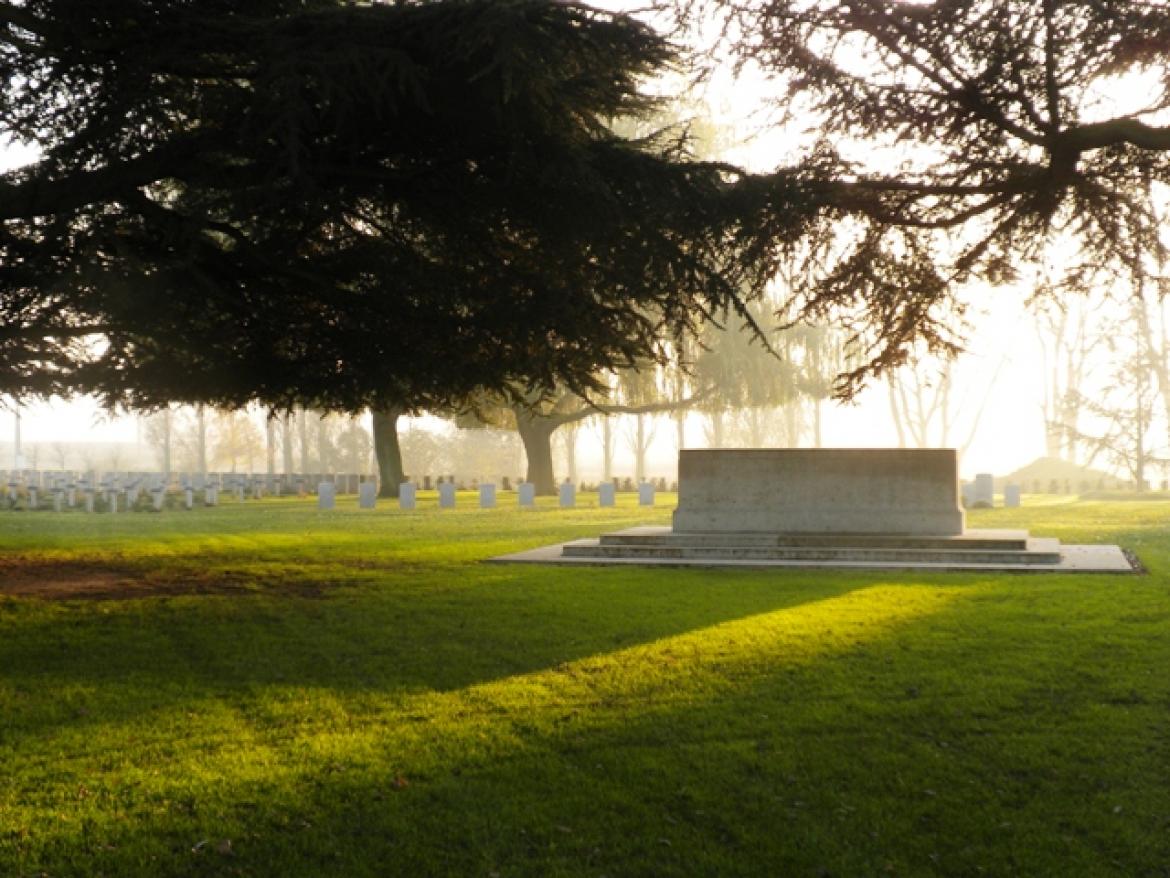 From August 1914 to April 1917, America was a neutral country in the First World War.  During this time, an estimated 35,000 Americans, or people of foreign birth living in America, volunteered to serve in British and Commonwealth Armed Forces.  Four-hundred-sixty-six of these men are buried or commemorated on the Walls of the Missing in Commonwealth War Grave Cemeteries across Belgium.  From September 1939 to December 1941, America was again a neutral country in the Second World War.  Thousands more Americans or American residents again volunteered to serve in British and Commonwealth Armed Forces during America's period of neutrality.  Sixteen of them are buried in Belgium.   On Remembrance Day, British and Commonwealth nations commemorate their sacrifice as members of their armed forces.  Although they did not serve in an American uniform, they were Americans who fought and died in the same cause as their countrymen.  Therefore, each year on American Memorial Day, AOMDA also remembers their sacrifice at ceremonies conducted at the Lijssenthoek Commonwealth War Graves Cemetery and the Heverlee Commonweath War Graves Cemetery.

Search for a serviceman buried here: