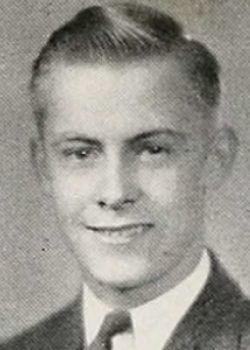 James B Aageberg was born on 1 September 1918.  He grew up in Hammond, Indiana.  He attended Hammond High School, where he played football and was active in the Hi-Y club.  He was married to Mabel (Robbins) Aageberg.  James entered the Aviation Cadet Program on 7 November 1942, and became the pilot of a P-47 Thunderbolt fighter bomber nicknamed the “Sweepsteak.”  On 21 January 1945, James led four other P-47’s on attack on some German vehicles near St. Vith.  After making several passes over the target, his plane was hit by anti-aircraft fire.  Aageberg ejected from the aircraft.  However, his parachute did not deploy properly, and he fell to his death at Burtonville, just to the east of Vielsham in Belgium. 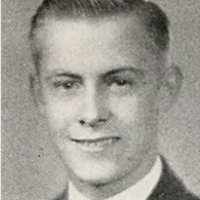 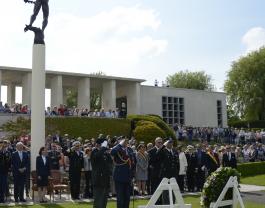