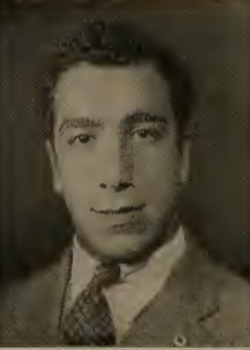 Tzolag A. Aaronian was born in 1919 in Middlesex County, Massachusetts.  His family was of Armenian origin, and his father was Arakel Aaronian.  Most on-line sources list his mother as Varantoosh.  However, according to the Armenian Immigration Project, Arakel married Rose Arslanian in September of 1910 in Lynn, Massachusetts.  It is known that Tzolag was living at 278 Broadway in Cambridge, Massachusetts when he entered the service.

Tzolag attended Northeastern University.  He was a reporter for the school newspaper.  He played football, and he was a member of the Society for the Advancement of Management.  He also did internships at Simplex Wire and Cable Company and the Boston Woven and Rover Company.  He graduated with a Liberal Arts Degree in Chemistry in May of 1943, and joined the USAAF on 2 July 1943.

Tzolag became a Radio Operator on a B-24, serial number 42-95088, nicknamed the My Little Lady, that was piloted by Lt. Mercer.  On 19 February 1945, My Little Lady was on a mission to bomb a panzer tank repair facility at Jungenthal, Germany.  Shortly after passing over Gronigen in the Netherlands, the plane developed instrument and mechanical failures.  The pilot, Lt. Mercer, continued on for awhile, but when he lost all of his instruments he decided to turn around and return.  My Little Lady rapidly lost altitude, and when it reached a mere 2500 feet, Mercer gave the order to bail out.  They were over enemy lines, and nine of the ten crew members were quickly captured by the Germans.  Tzolag’s parachute failed to open, and he plunged to his death at a farm near Sevelen, Germany..

The information above was sourced from the Armenian Immigration Project (http://arslanmb.org/ArmenianImmigrants/Public-ViewSummary-ArmenianImmigr...), the Northeastern University Yearbook, the Cauldron, 1941 and 1943, the American Air Museum/Imperial War Museum (http://www.americanairmuseum.com/person/213919) and the James F. Justin Museum (http://www.justinmuseum.com/oralbio/aaronianbio.html) 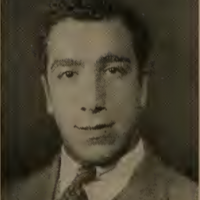