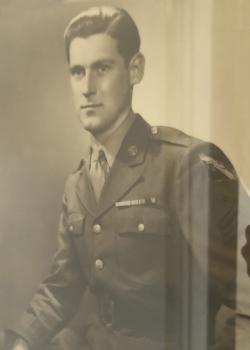 Alexander Abbott was born 6 March 1919 in Cambridge, Massachusetts.  He was the son of Alexander H. Abbott and Alice M. (Barrett) Abbott.  He had a sister named Millicent.  Alexander was married to Katherine D. (Alexander) Abbott and they had a daughter named Katherine.  He attended the Norwich Free Academy and joined the service at Hartford Connecticut on 8 February 1941.  He was assigned to the 290th Infantry Regiment of the 75th Infantry Division.  He died in the Grand Bois at Burtonville, Belgium on 20 January 1945.
Information from André Willems, but without documentary evidence. 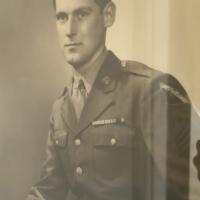