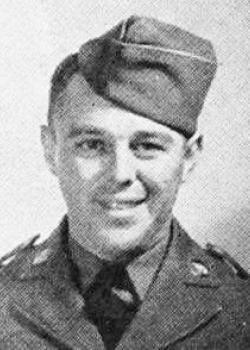 Gerald Deneen Abbott was born on the 28 September 1919 in Lawrence County, Illinois. Gerald was the son of Lewellen E. Abbott and Haulta N. Abbott. At the time of the 1930 US census, Gerald had a brother named William and a sister named Garnet. Gerald attended grammar school and had a job in processing of dairy products. He enlisted in the Army on the 16 June 1941 in Chicago Illinois. Gerald was part of the 36th Armored Infantry Regiment, which attacked the Belgium town of Hoven. After a prolonged artillery preparation on Hoven, Gerald’s 36th regiment attacked in the fields on the right side of the road to Hoven, while the 60th approached from the left. Gerald was killed during this action on the 12th of December 1944.
Biography written by Vince Evers, based upon the following sources: 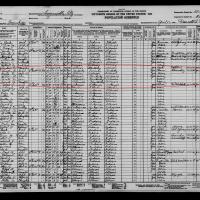 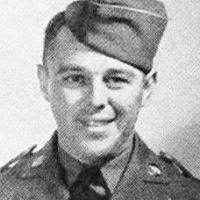