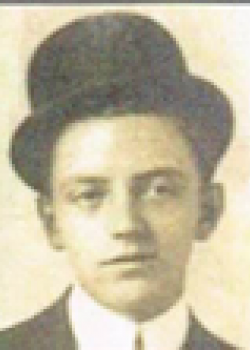 Roger C. Admire was born on 28 March 1892 in Chain of Rocks, Missouri.  He was the son of Thomas Franklin Admire and Jane (Jennie) Woodson, and they had three other children.  Roger grew up on Ethlyn, Missouri but the family moved to St. Louis when he was 18.  Roger was drafted in Saint Louis on 15 June 1915.  After he arrived in France, Roger was assigned to Company G of the 362nd Infantry Regiment of the 91st Division.  On 31 October 1918, the first day of the 91st Division’s Offensive to liberate Waregem, Roger was Killed in Action by artillery near Steenbrugge.

Information from the Soldiers of the Flanders Field American Military Cemetery by Christopher Sims and Patrick Lernout, p. 271.