Case Study: The Art and Remembrance Award in Belgium

In 2008, AOMDA implemented the Art & Remembrance Contest for the first time in Waregem, Belgium.  We specfiied the following :

Competition Theme: “Why Should We Remember Them?”

For our pilot program, teachers were encouraged to develop any other possible means of integrating the art competition into their other courses.  For example, we recommended that, in a history class, one could discuss with the students how the experience of war can or should be captured in art.

Since several hundred students were participating in the project, we asked each classroom teacher to select the TOP THREE artworks in any way they saw fit and to submit them no later than a given deadline to the contest coordinator. Semi-finalists’ artworks were to be grouped per school and delivered as one package per school. Over 150 drawings were received from the participating schools.

The Evaluation Panel consisted of:

Recognition and Awards for Winners:

All participating students received a special token of appreciation to recognize their efforts and participation.

A 1st, 2nd and 3rd place winner was selected. Each of these three winners and their families were invited to attend the annual Memorial Day ceremony in Waregem, where the winners were photographed senior officials, including the United States Ambassador to the Kingdom of Belgium and the Belgian Prime Minister. The three winning artworks were displayed at the Flanders Field American Cemetery visitors center.  All of the artwork of the semi-finalists was displayed at the Waregem City Hall for several weeks following the ceremony. The winning artworks were also displayed online on AOMDA Belgium's website.

The pilot project was particularly successful because it was fully integrated into the grade school curriculum in three schools in Waregem. To accomplish that objective, AOMDA Belgium brought together:

The response was overwhelmingly positive: 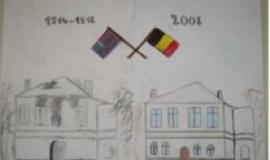 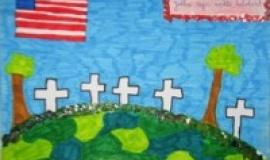 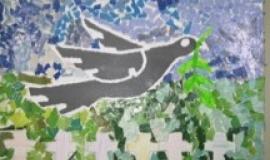 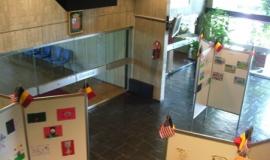 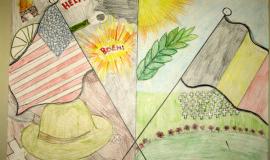 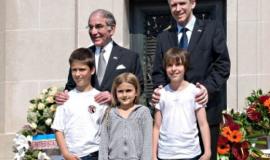