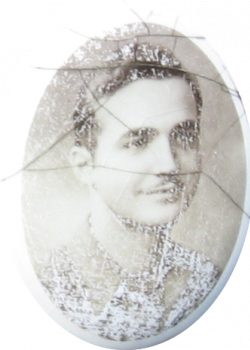 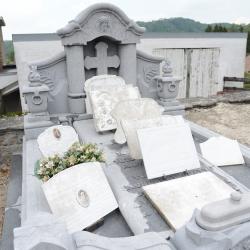 Private First Class Joe Farina was born on 28 October 1924 to Italian immigrant parents, Angelo and Julia Farina.  He lived with his parents and his sister Mary at 325 Ashland Ave., Highwood, Illinois.  He was a devout Catholic, and he liked to collect stamps and coins.  He joined the Army on 15 June 1943.

Joe Farina was assigned to the 526th Armored Infantry Battalion (A.I.B.).  A.I.B.s consisted of armored infantry, artillery, and tanks that could be temporarily attached to existing armored divisions for additional support.  They could also be combined with other A.I.B.s to form temporary armored divisions.  Among the Armys various A.I.B.s, the 526th was a special unit.

When Joe Farina joined the 526th A.I.B., it was training at Camp Bouse in the Arizona desert with a new secret weapon called the Canal Defense Light (CDL.)  The CDLs were powerful lights that the battalion would use to blind and disorient an enemy while infantry and armor attacked. The men of the 526th A.I.B. were sworn to secrecy about the CDLs.  They could only take leave in groups, and they faced the penalty of execution for treason if they revealed its existence.  It was not until 1958 that the existence of the CDLs was declassified.

In August of 1943, the 526th A.I.B. shipped to Wales where training with the CDLs continued.  However, the battalion sat out the D-Day invasion because its secret weapon would have been militarily useless in the thick hedgerows of Normandy.  The battalion finally came ashore at Utah Beach in August of 1944.  It encamped near Granville while the Allied armies raced through France and Belgium.  As the front lines stabilized in the early autumn of 1944, the Army realized that the CDLs would not be a practical weapon in the terrain and the conditions of combat where the next decisive battles would be fought.  So, in October of 1944, the 526th A.I.B. was sent to Belgium for retraining as a counter intelligence task force.  (The battalion left their CDLs behind, and they never did use them in battle.)

From 30 October to 17 December 1944, Joe Farinas Company B, was quartered in the vicinity of Comblain-la-Tour in Belgium for this retraining as a counter intelligence task force.  Farina was assigned residence in the home of Joseph and Madeleine Pacchiotti.  The Pacchiottis had two children, a son Louis and a daughter Jeanninne [sic.], and they lived on the rue du Vicinal in the village of Comblain-Fairon.  Their son Louis had been active in the Belgian Resistance.  However, the Nazis captured, tortured, and executed Louis on 9 September 1944, a little over six weeks before Joe Farina entered the Pacchiotti home.

On 16 December, the Nazis launched the Battle of the Bulge.  On 17 December, with three hours notice, Joes Company B was ordered to leave Comblain to face the onslaught.  It was a very cold and dark night, and the traveling was slow because the half-track drivers had to use their slit lights to avoid detection by the enemy.  Company B was first sent to La Reid, and then to Malmedy.  As they arrived in Malmedy, church bells welcomed them with the tune of Yankee Doodle Dandy.  However, there was no time for celebration.  Company B was immediately split up into teams that were sent to block all roads leading to Malmedy.  One of these teams manned a roadblock on the road leading to Trois Ponts that encountered the spearhead of Joachim Peipers I SS Panzercorps.   Instead of losing time in an assault, Peiper chose to bypass the position using side streets, but the 526th A.I.B.s guns continued to harass Peiper until the panzers were out of sight.  (At Stavelot, Peiper encountered the 526 A.I.B.s Company A, which blew a fuel dump that Peiper needed.  This action was later inaccurately immortalized in the movie The Battle of the Bulge.)

Although Peipers panzers ground to a halt, bitter fighting continued for the next several days, under miserable winter conditions.  The 526th A.I.B. remained locked in combat, surviving on cold "C Rations and little sleep.  A 526th  A.I.B. veteran, Willard Ingraham, described how they spent Christmas Day 1944:

"We heard via the grapevine that we were finally going to get a hot meal.  It was a turkey dinner to be exactIt was both elation and disappointment when they plopped that black boned piece of turkey on my plate.  I was raised on a farm and knew good meat from bad.  That turkey was so locker burned that no good cook would have it in the kitchen but we had been on the C diet so long that any cooked food tasted better than that All of the 526 A.I.B. that ate that turkey got dysentery so bad that they had to pull us off the defense line back somewhere to recover for a few days Can you imagine having that kind of a problem while on the front lines in a foxhole? "

But the relief from combat did not last long.  On 3 January 1945, Joe Farinas Company was at Hédomont (near Malmedy), and they were ordered to capture Houyire Hill.  It was a bitter cold day with light snow, and the German positions were well prepared to meet the assault.  Heavy German artillery and machine gun fire rained down on Company B as they attacked up the hill.  Eventually, Company B conquered the hill, but the victory came at a heavy price.  Company B suffered sixty-five casualties in the battle for Houyire Hill.  One of these casualties was Joe Farina who was killed in action by a gunshot wound to the head.   After his remains were recovered, Joe Farina was buried at the Henri-Chapelle American Cemetery on 25 February 1945.

Before he left for the Battle of the Bulge, Joe Farina left a letter for his parents with instructions that, if he were killed, his remains were to be laid to rest in the Pacchiotti familys plot in Comblain-la-Tour.  In 1946, the Farina family sought to honor Joes request but the US Army opposed the idea.  In the Spring of 1947, Farinas mother Julia and sister Mary came to Belgium to visit the Pacchiotti family.  The Pacchiottis and the Farinas quickly became very close friends.  As a result of this visit, the Farina family again petitioned the American government to move Joes remains to the Pacchiotti family plot, and the Farina family convinced the American Legion to support the request. As Mary wrote to the Army, "You cannot realize how important it is to my parents to know my brother is in his final resting place near his friends.

About a year later, the US Army granted the Farina familys request.  Joe Farinas remains were finally laid to rest in the Pacchiotti family plot at Comblain-la-Tour on 5 August 1948.

The Farina and Pacchiotti families continued to correspond with each other until the 1960s, and Madeleine Pacchiotti always felt that she had lost two sons in the war.  At her request, when she died she was buried with two special items:  the gun that her son Louis carried when fighting the Nazis, and an American flag for her American son Joe. 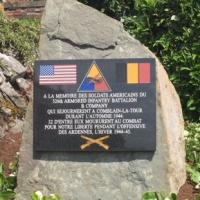 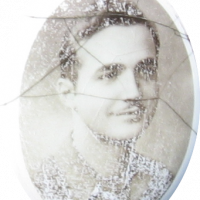 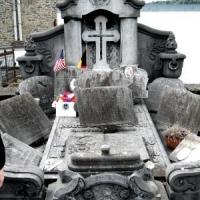 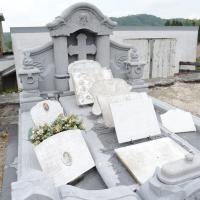 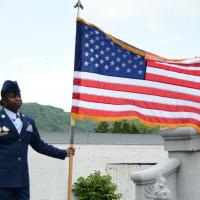