Private Raymond Opsomer was the son of François Opsomer and Marie-Louise Van Autreve.  He was born in Deinze on 17 December 1891 and lived with his parents near the Congosquare in the city center.  As a youngster, he started working in a local bakery.  Together with is brother René Gustaf he decided to emmigrate to America in pursuit of happiness in the early 1900s.

On 15 October 1909, he moved to Wayne County, Michigan, which is near Detroit.  His older brother Marcel Alexander joined him there in 1910.  Little did they know that the First World War would begin soon after their arrival in the United States.  When the US declared war, Raymond felt it was his duty to join the American army.  He was assigned to the 113th Infantry Regiment of the 33rd Division.

Opsomer's regiment arrived in France in mid-May 1918, and was assigned for training to the 19th corps of the British Fourth Army near Amiens and the Somme River.  On 8 August 1918, the Battle of Amiens began, the opening phase of the allied offensive that would ultimately bring the war to an end.  Raymond would not be so lucky to see the end of the war.  He perished in that battle on 12 August 1918 at Vaux-sur-Somme.  He was 27 years old.  At the request of his family, his body was returned to Deinze following the war. 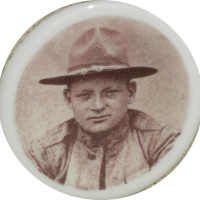 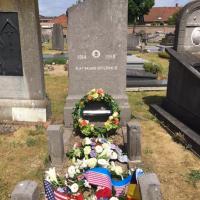