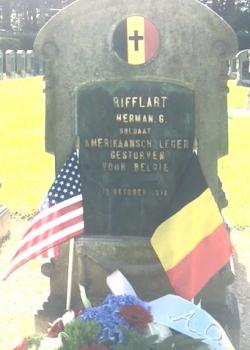 Herman Gérard Antoine Rifflart was born in Antwerp on 30 August 1890.  He was the son of Laurent Lambert Joseph Rifflart and Johanna (Annie) Janssen.  After the war, his parents lived at the Impasse de la Paix 8 in Antwerp.

On 10 June 1910, it is likely that Herman arrived in Montreal on the SS Mount Temple, and then crossed into America at Detroit on 22 July.  The word “likely” is used because there is a Detroit border crossing record from that date which records the entry into the US of a Herman Rifflort (with an “o” in place of an “a”.)  In this record, the individual’s age (2O), hometown (Antwerp) and father’s name (Loran) are all the same as Herman’s would have been at the time. Therefore, there is every reason to believe that this is the same Herman, especially since US immigration officials at that time were not did not pay a great deal of attention to the accuracy of how they spelled the names of immigrants entering the country. This border crossing form indicates that Herman had the intention of going to New York.

The next fact that is known about Herman is that he enlisted in the United States Army on 8 May 1917.  Since this was one month after America entered the war and one month before the draft was introduced, Herman must have volunteered for the Army.  He was eventually assigned to serve as a Cook for Battery B of the 77th Field Artillery Regiment which belonged to the 4th Infantry Division.  He entered the Army and served under the name Herman Rifflert (with an “e” in place of an “a”.)

The 77th Field Artillery Regiment landed in France in June of 1918,  It saw action in the Aisne-Marne offensive, the St. Mihiel Offensive, and then the Meuse Argonne Offensive.  At some point during this fighting, Herman learned that his entire family, including his mother, had been deported to Germany.  On 19 October, the 77th’ Field Artillery Regiment’s kitchen was located near Nantillois, France, when it came under an artillery attack.  Herman’s fellow Cook and friend, Herman “Loppy” Landendorf (from Whiting, Indiana), gave the following eyewitness account of what happened:

“B. Battery kitchen was about ¾ of a mile North East of Nantillois and 200 yards N. of the Nantillois Breuilles Road.  At about 7 P.M. shells began to fall around the kitchen and the cooks all went up to the dug outs at the gun positions for shelter.  We were just getting ready to go into the dug out when a shell fell near us and we all laid down.  We got up and all were in the dug out except Rifflert who was hit by the next shell which came over.  A fragment from this stuck him on the left side at the waist.  I was in the dug out and heard someone moan and was told that Rifflert was hit.  I then ran out and Piodja was holding Rifflert’s head up.  He said : “Good bye Loppy, I think I am going to die.”  The Chaplain, doctor and first aid men came up and carried him to the dressing station and from there he was taken to the Field Hospital where died the next day.  His last words, spoken to the Chaplain were:  “Tell my Mother I died for my God and for my Country.”  He was buried in the cemetery at the Field Hospital No. 7 which was on the west side of the Septsarges-Nantillois Road and about a quarter of a mile N. of Septsarges.”

In May of 1919, Herman’s remains were moved to the American Cemetery at Romagne-sous-Montfaucon, today’s Meuse-Argonne American Cemetery.  In May of 1920, Herman’s father wrote to the US Army asking that his son be brought to Antwerp so that his family would “be able to visit and preserve the grave of our dear son.  As our son is a native of Antwerp and all his relatives are living in this town, we trust that you will do everything possible to satisfy the only and last wish of a poor mother who lost the dearest being in the world.”  The Army returned Herman to his parents at the Antwerp South Train Station on 1 February 1922.

The information above is drawn from the Detroit Border Crossing Form and Herman Rifflart’s Individual Deceased Personnel File, courtesy of Chris Sims. 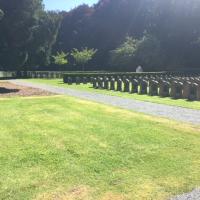 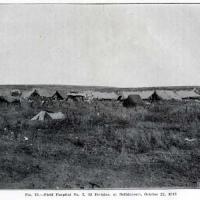 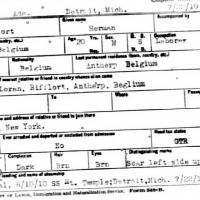 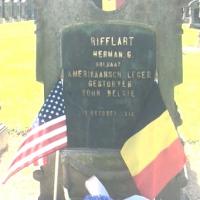